Beep Inside the Unseen World of Baseball for the Blind 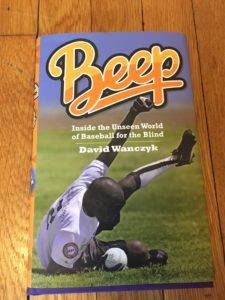 We are excited to announce three book signings coming to our area in June!  The World’s first ever book about the sport of beep baseball was published in April of 2018.  Author David Wancyzk found this sport and decided to check out the finals of the 2012 World Series in Ames, Iowa.  Once there, the sport caught Dave’s attention and he felt he had a story to tell.  Little did he know at this time, that he would get hooked on the sport.  His trip to Ames Iowa was just the beginning.  He traveled to Georgia, Minnesota, New York, the Dominican Republic and even Taiwan to get the scoop on the sport.

Boston Featured in the Book

As Wanczyk was trying to piece together an idea of a story, he needed to find some teams to follow.  The Austin Blackhawks and Taiwan Home Run hooked him with so many interesting back stories to dive into.  After all, these were the two teams he saw face off in that 2012 World Series.  Being born and raised in Massachusetts, he started to dig around about the Boston Renegades. and eventually adopted the Gades as one of his under dog darlings for the story.  He picked up our journey in 2013 in Georgia and spent countless hours on our bench, in our hotel and doing phone interviews.  He dug deeper during the off season and came back in 2014 in Minnesota to see the team make big improvements.  Readers will feel like they are on the Renegades bench during the games.  They will get a sense of what makes the Renegade culture unique and special.  Wanczyk takes you into the team meetings and looks at the competition from many angles that are both enjoyable and insightful to read.

Three Book Signings in Mass in June – Come Join us! 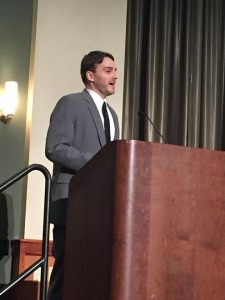 David Wanczyk will be in the Massachusetts area in early June doing three book signings.  Here he will read passages and answer questions about the book, the sport and his experience.  He will also be very willing to share  some fun stories about his experience with his hometown, Boston Renegades and its players & coaches.   His book tour consists of the following dates and Venues

We have set up some facebook events for the signings in Cambridge and Acton if you would like to sign up and see who is going.

More about the book and our spin on it

Check out who was interviewed, where to buy the book and much more in a post we wrote in April here

” Guy Zuccarello, whose slimness and aww-shucks grin make him seem like Captain America before the serum, scores on a three-bounce single through the left side, and the Heat are in disarray.  Gers pipes up again, and a Boston Coach-These guys are like codebreakers with their lingo—calls Zuccarello’s modest smash “a lowercase bomb with double stars.”  He draws a diagram on a scouting report…”

Beep Inside the Unseen World of Baseball for the blind was one of the top 100 books about baseball on Amazon in April.  It also has drawn interest from media around the country.  To hear Wanczyk talk about the book, listen to a few of his interviews, and read reviews of the book below:

We hope you consider coming to one of these events and/or buying a copy of the book to learn more about this amazing sport, it’s athletes and the Boston Renegades culture.