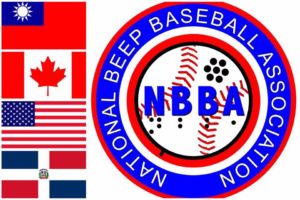 The World Series is coming and the Renegades are the #2 seed.  This is the highest seed the Renegades have ever had.  This should be no surprise because the NBBA simply seeds teams based on where they finished in the previous year.  For teams not there, they just get seeded at the bottom.  Not the best policy at all….especially for a team like Taiwan who pretty much makes the finals every year they show up.  Financially, it’s hard for them to be there every year.

Boston has become one of the most tenured teams in the sport.  Only a few teams have been to the series as long as Boston including the Indy Thunder, Chicago Comets, Tyler Tigers, Bayou City Heat and Austin Blackhawks.

There are some North East teams here that the Renegades have played a lot.  After the Beast of the East, Long Island finished 2nd.  They are ranked 19th in the league.  This ranking is an example of the league seeding them at the bottom because they did not attend in the previous year.  The North East is represented by Boston, Long Island, The NJ Titans and Rochester.  This represents one of the strongest showings and most teams from the Northeast in league history.

The Games begin on Tuesday, July 25th.  Boston will be fortunate to get a bye in the first round of pool play.  Boston’s first game is scheduled to begin around 11:00.  The two opponents in the Renegades bracket are the Seattle South King Sluggers and the New Jersey Titans.  Here is a quick look at each team

The Sluggers return for just their 2nd World Series as beep baseball is starting to take shape in the West region of the country.  Kevin Daniel runs this team and is doing a great job marketing his club.  The Sluggers won one game against 6 losses at the Series last year.  Their first NBBA victory came against the Athens Timberwolves.  From last year’s team they lost their star defender and leading run scorer, Ricky Kim (who moved across the country and now plays for Rochester).  Dino Sanchez and Michael Walker were the only other two players on the current roster who scored more than one run for the Sluggers last year.  They also have two new rookies. in Dylan Pleasants and Travis Pruett.  Seattle is a fledgling team that is looking to improve.

The Titans are reeling from the 15-3 loss they took in Woburn just last weekend.  You can be sure they are working to put a better effort together.  They have a very athletic team and can play with the Renegades.  Marvin Morgan is a standout player for this team.  He can hit bombs and has improved his defense as well as he made three stops in the 2nd layer for the Titan against Boston.  Lamont Bordley and Deshaun Widener bring speed to the game while Alfonso Harrell brings another big body to the line up.  The Titans picked up some friends from the Philly Fire and the coach, Wily Natoli and his daughter, Gina will be on board.  They also picked up Andre Foster from the New Jersey Lightning.  John Patterson (Iowa), Justin Tsinnijinnie (AZ) and Wali Salahuddin (NC) round out some of the other pickups they made to help them get through the brutal schedule of the week.

On Wednesday, the double elimination brackets start.  Boston will keep playing till it either loses two games, or reaches the finals which will be played on Saturday afternoon.  Expect the Renegades to play between 6-10 games during the week.  That schedule is going to be a true grind with the high heat, high humidity and projected rain.  In addition to this, the fields are rumored to be cut very short.  This means very high scoring games and the possibility of 3-4 hour games.

If you are in Florida and plan to come cheer us on : Games will be played at the Village Park Soccer Complex located at 11700 Pierson Road in Wellington, Florida.  Below is a picture of the fields.  The Renegades start their games on Field 5 on Tuesday 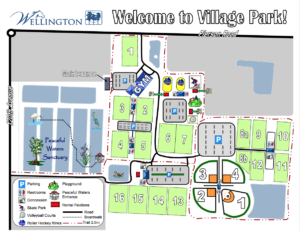