On March 10, Before the season begins in earnest, the Renegades reached out to the ViStars, a group of students with visual impairments, to discuss beep baseball and to play a friendly game of Goal Ball, an adaptive sport for the blind. Although the Renegades were defeated by the V stars by a score of 4 to 7, the students seem to appreciate learning about the sport from the beep baseball superstars. The team hopes to see some of the Vi stars at a future practice where they can learn about Beep Baseball.

The ViStars are relatively new on the sports scene in the Boston area and we have hopes that we can work with them to give more opportunity to people with visual impairments to play team sports in the greater Boston area. This was a great first step in making that happen. Coach Kara Peters was instrumental in making this happen as she coaches for both of these programs. 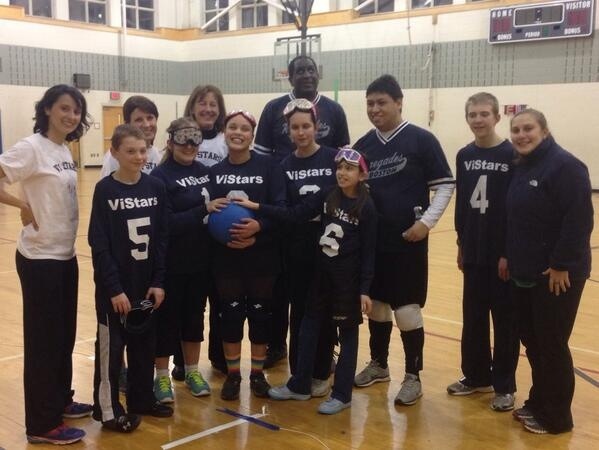 Pictured are Renegade coach Kara Peters, Joe Quintanilla and Larry Haile with the players and coaches from the VIStars. 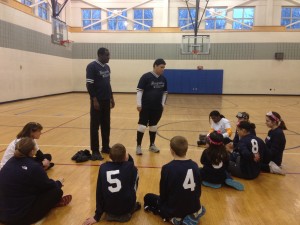 Joe Q and Larry talk to the Vistars team