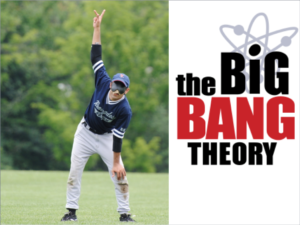 Who is the Smartest player in the NBBA?  Well, there is no official way to measure this but Aqil Sajjad would likely be at the top of any list.  Afterall, how many NBBA players (let alone how many people) have a PHD from Harvard in Theoretical Particle Physics.  Aqil graduated from Harvard in 2014 and what he has accomplished without his sight is amazing and inspirational for many.  He has been the subject of many articles and recently was part of a podcast.  Keep in mind that Aqil has no usable sight and relies on technology and his big brain to help him with all of the equations.

Aqil On The Field

Aqil Sajjad played with the Renegades from 2009-2015.  He took the 2016 season off to get married and prepare for the next chapter in his life, but has hopes of being able to return to the team in 2017.  In his time on the field, he has been one of the most dedicated players. Through the 2016 season, he ranks 10th all-time in games played with 87.  He also owns a lifetime .282 batting average and has made 39 stops on defense.  He ranks 5th in team history in putting the ball into play at 81.3%.  Beyond the stats, we will always remember him falling asleep on a short van ride back to a hotel and then falling out of the van when the door opened.  Aqil – he is for Real!

Here are some links to get to know the Aqil Sajjad, the smartest guy in the league