The Renegades travelled to Haddonfield, NJ for the Philly Hall of Fame Classic on July 9th. The opponents included the same teams from two weeks prior in Long Island. A tremendous team effort by The Renegades produced three wins as the team started undefeated for six straight games. Dating back to 2010, this is an 8 game win streak for the Gades. Boston played New Jersey first and won 8-4. The PA Wolfpack were next and in a see saw battle, Boston pulled ahead late in the game to win 7-4. In the final game, Boston jumped ahead on Long Island and never looked back winning 12-4. This win gave the Renegades their second tournament win of the year. The standings for the day were as follows 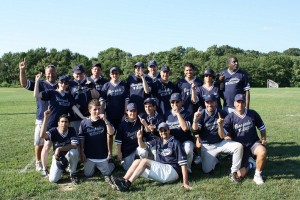