On Sunday, September 13th, the Boston Renegades will take on the Woburn Host Lions in a fun exhibition game.  The event will begin at 12:15 and will be played at the Joyce Middle School, located at 55 Locust Street in Woburn.  The Woburn Lions have been one of the Renegades biggest supporters over the years as we have played many games against them.  They also helped host our movie event in Woburn last June and they hosted a double header in Woburn against the Long Island Bombers in 2012.  This past July, they helped us put on an amazing tournament on two fields.  Not only did they organize the whole thing, but they also raised money for all of the teams that attended.  This year, the Lions are excited because they have Renegade, Dino Vasile as part of their club.  They have hopes that Dino can teach them enough about the game to give the Renegade a run for their money…and since Dino did not attend a single practice this year, he will be suiting up as a Lion in this match. 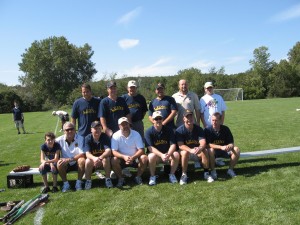 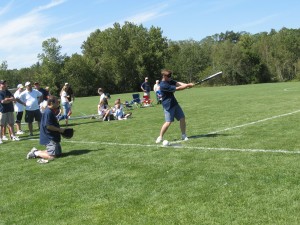 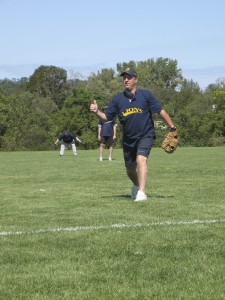 Come on down to this event and see some of your favorite Renegades take on the Lions.  Its sure to be a fun time, with some trash talk, and laughs. If you are interested in potentially playing or volunteering for the Renegades in the future this is a perfect time to come, see the game played, meet the team and even give the game a try.  Please email us at [email protected] if you have any questions.  All of our fans are invited to this fun event….just bring a chair or blanket to sit on and remember to hold your applause till after the play is over.  Come hear the passion of Renegade Beep baseball!