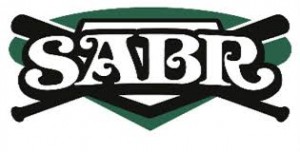 The Society of American Baseball Research is an organization made up of baseball statisticians and baseball historians.  Many have heard of this organization through a team called SABR Metrics.  Bill James ( who is now employed by the Red Sox) helped make this group famous.

This year the current president of the Boston chapter, Joanne Hulbert reached out to us and asked if we would like to get involved and we jumped at the opportunity. They set us up as a speaker for their fall meeting in downtown Boston.  Their previous meeting had speakers such as Tommy Harper, Peter Gammons and Sox Skipper John Farrell speaking.  We were asked to follow that act…something that can’t be accomplished…but we accepted the opportunity and was given an hour time slot.

We started the talk off with showing our movie trailer to the audience to give them a feel for the sport.  a few “oos’ and “ahs” came from the crowd.  Coach Rob made them laugh when he  followed the clip saying, “I’m not that mean”.  Joey Buizon took the stage next and talked about his story and talked about our ball, the base and the blindfold.  Joe McCormick then took center stage to discuss his story and the basic rules of the game. Next up was Justin Manjourides who discussed defense…the side of the game that wins championships.  He chatted about how we coach it, the role of the spotters.  Justin was in his element as a statistician himself and he brought with him a few of our charts to explain things to the crowd.  Lastly, Rob presented hitting to the crowd and talked about how the offense works and the roles of the pitcher and catcher.  We had a very long Q&A afterwards and the crowd was clearly very interested and engaging.

We had hopes that some of the SABR members would be interested in getting involved.  Many of them purchased a copy of our film and signed up for our news letter.  To date we have signed one new volunteer from this meeting.  Her name is Yuki Ara.  Yuki is from Japan and a huge baseball fan who resides in Brookline.  Yuki is very excited to take part in our program.  She was a doctor in Japan and is willing to join our medical team.  We also plan to have her work with Lisa Andrews to help the team with the stretching to help minimize injuries.  Yuki is also eager and willing to work on some off the field projects as well.

Joanne has approached us with a bunch of ideas recently and we hope to cultivate this relationship more in the near future.  The SABR members are very well connected to the Boston baseball community.  We think with their involvement some doors could be opened for us with the Red Sox, NESN and maybe more.  The exposure they could help us with could help us draw more coaches, more players and hopefully some sponsors along the way.

We are excited about the opportunity SABR is giving us.  Many of the renegades are true baseball fans and this relationship could benefit both parties well.  SABR day is January 24, 2105 and we hope to have more plans for the future.  SABR is always looking for new members.  If you are interested in joining check out their membership page here.  Or you can just attend the local Boston events and give a $10 donation when you come. 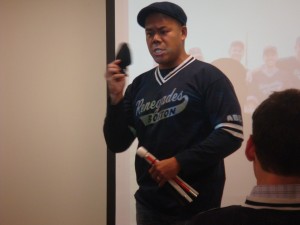 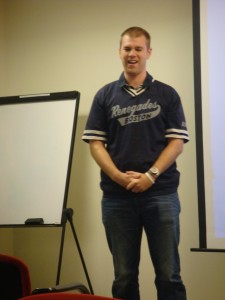 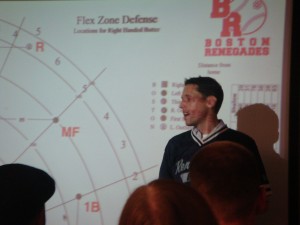 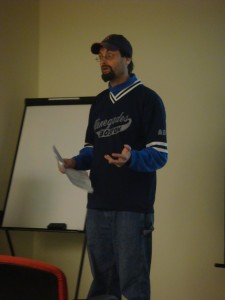 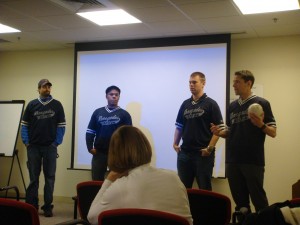