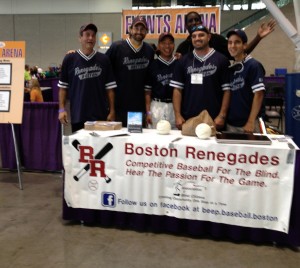 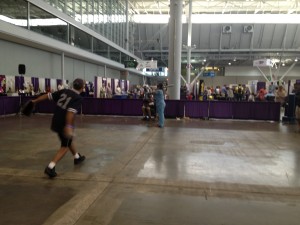 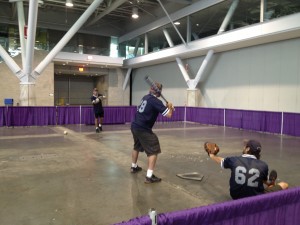 On Saturday, September, 7th the Boston Renegades attended the Boston Abilities Expo to do a demonstration of beep baseball.  We gave people the opportunity to try their hand at hitting a pitched ball with a blind fold on.  Joe Yee, Dan Cotter, Rob Dias, Rob Weissman and Larry Haile spoke to people about the sport and made people aware that blind and visually impaired people can play baseball.  We met a few people.  We made some good contacts and we hope that we may have found people interested in volunteering.  We also hope to participate again next year