On April 29th, Joe Quintanilla was named to the Cambridge Athletic Hall of Fame.  “Q”,  who owns the Renegade record for most games played entered got his start in sports long before he started playing ball in 2000.  Q’s roots as an athlete started long before the Renegades.  He ran 11 different seasons as a member of the cross country and indoor/outdoor track teams before graduating high school in 1994.  Joe Also ran the Boston Marathon, ran as part of Boston College and made the 1996 Paralympics team in Atlanta as a representative of the United States.  Congrats.  You are not an Average Joe!

Thanks to Chris Cavallerano, we have a copy of this video on our youtube channel 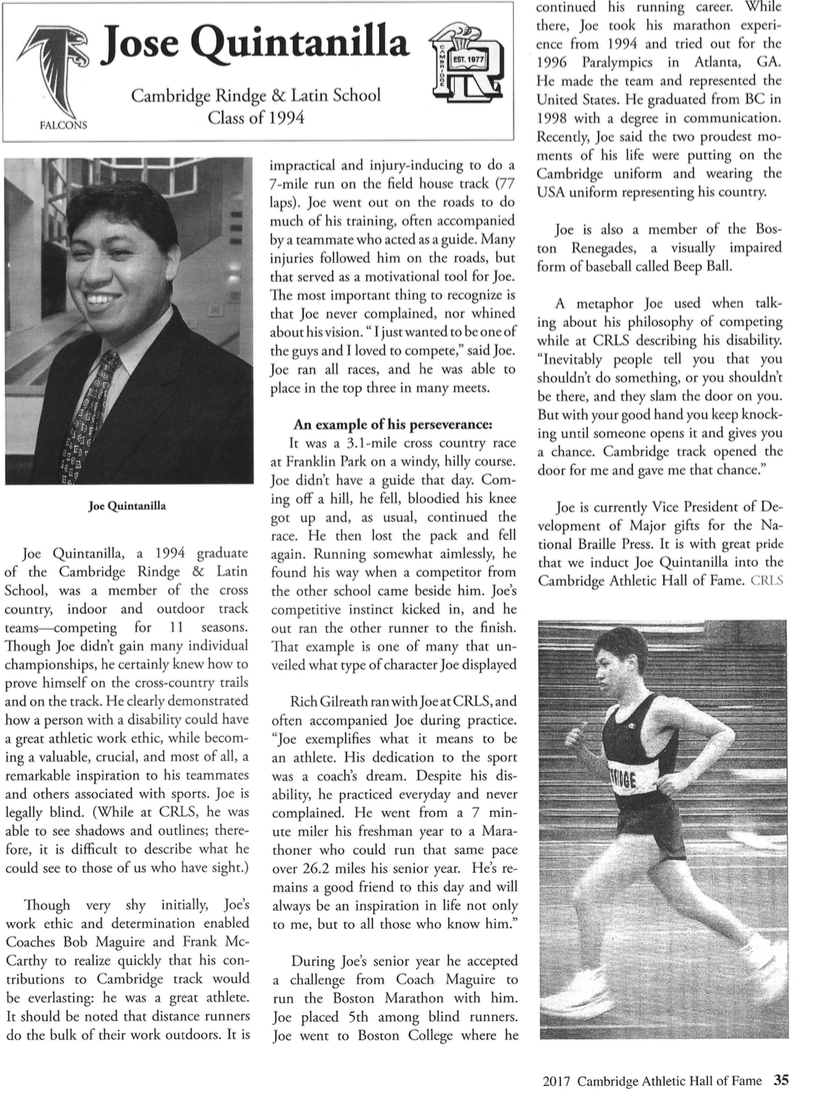