The importance of diversity and inclusivity

While the world has been trying to recover from COVID19 over the past year there is a movement to build awareness about discrimination and the importance of diversity.  With so many events, businesses and activities shut down to stop the spread of COVID19, people are paying more attention to this topic.  Now, more than in recent years, people are listening and change is beginning.  The conversations are being held and that is the start of change for the better.

The Renegades have taken some inventory of its own house.  For years, we have had a code of conduct in place that focuses on RESPECT.  That governs our team’s behavior on and off the field as a group.  When someone joins the Renegades, they are joining a multicultural team that embrace the various cultures that make us the team that we are.  When someone joins who has different views – we see the common goal to build a competitive beep baseball team and we want to hear the passion of the game! 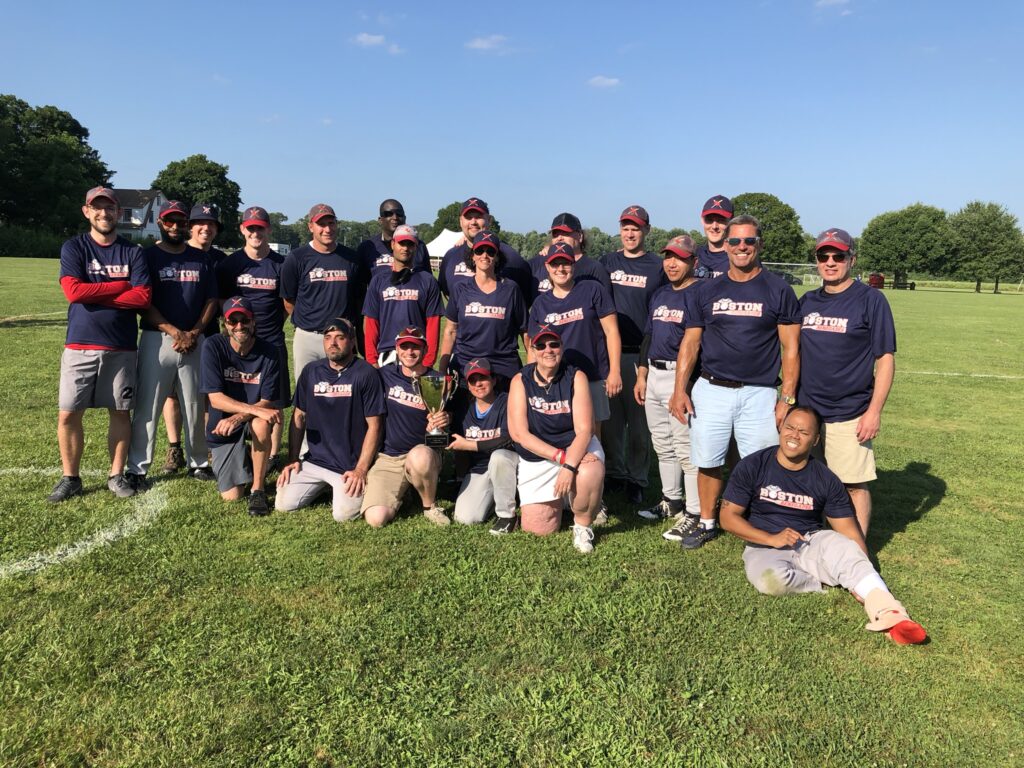 This thought process has been ingrained in our culture for years

In 2018, there was a book published about our sport called “Beep Inside the Unseen World of Baseball for the Blind”.  That book recounts a moment in one of our games in Georgia where one of our most respected and dedicated players, Aqil Sajjad came to the plate.  The passage reads:
”There was a delay for a passing eighteen wheeler, which threw off the players. Then a delay for an ambulance. And Aqil Sajjad had to endure the sound of some casual racism from the other bench. “Pakastani Power,” his team chanted when he came to the plate.  “Don’t shoot ‘im.” said one member of the X-Treme.  Larry Haile, the power hitting left fielder and a disability consultant for the MBTA didn’t want to let it pass.  “Let’s score for that one”.
This passage alone tells a story.  It shows that racism exists in our sport.  Whether intentional or unintentional, that X-Treme player did not know Aqil has a PHD in theoretical Particle Physics from Harvard University.  He did not take the time to know that Aqil works his tail off and is a great teammate, leader and person who is respected by all of his peers. It shows ignorance and that a remark like that can be hurtful to others.  These statements are an opportunity to educate people and open their minds to a different view point.  Lastly, it demonstrates the Renegades support of each other.

The purpose of the Association of Blind Citizens (ABC) is to advance relevant causes, increase opportunities in education, employment, cultural, recreational and other life activities, as well as enhance the social, political, and economic well being for all persons who are blind or visually impaired.

The Renegades support diversity.  Anyone who approaches our program to play, coach or volunteer that wants to work hard, have fun, compete and respect others will find an open door.  They will be welcome regardless of their culture, religion, race, sexual orientation or disability.  During the past year we have placed a few comments on Social media.  We felt it deserved to have a permanent home on our web site.
The Boston Renegades support diversity and inclusiveness. Our players and volunteers come from different cultures, genders, religions, races, sexual orientations and have various disabilities. We stand united on and off the field on many topics, including our stance on diversity. Our team defines winning differently than most. Winning is more than chasing a ring. Winning is giving people an opportunity to be part of a team. We define our culture using the word RESPECT. We respect diversity. We respect black lives. We respect Asian lives. We have zero tolerance for racism or discrimination. Stop the hate crimes, the attacks, the harassment and the abuse.  Educate yourselves and others to do the right thing. #STOPTHEHATE #SpreadLoveChangeHearts #Black lives matter!
Our posts on social media received a lot of attention.  We hope this will educate people about the importance of diversity and give affirmation to people that the Renegades are a team looking to accept people.

The Boston Renegades support diversity and inclusiveness. Our players and volunteers come from different cultures,…

The Boston Renegades support diversity and inclusiveness. Our players and volunteers come from different cultures,…