Just before the 2016 World Series Camp Vision visited the Renegades for a clinic to learn about the sport.  While the team practiced about 20 kids with visual impairments from western Mass came to see what beepball and the Renegades were all about.  Coach Kara Peters joined former players, JJ Ward, Joe Buizon, Aqil Sajjad and Ben Rubenstein in a demonstration of the game.  We taught them a little about running bases, defense and hitting.  The kids also got a chance to see the team practice at full speed.  Its always exciting for our players to give back to the blind community.  Maybe some day, one of these kids becomes a Renegade or a player in our league.  Either way, they have had a chance to experience playing the sport and we hope this helps see what is possible 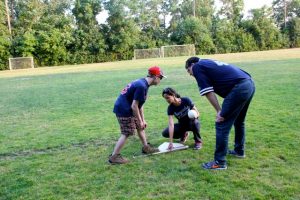 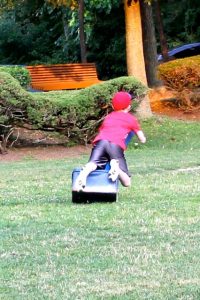 A camper shows no fear going after the base 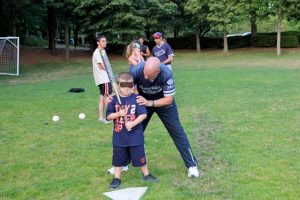 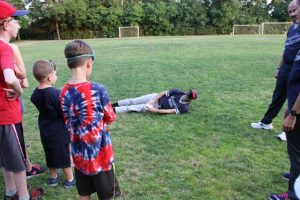 Aqil demonstrates how we play defense to the campers 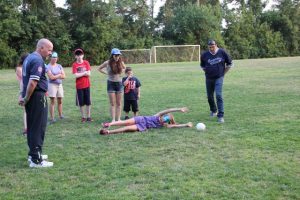 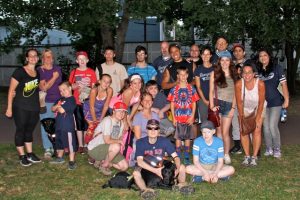