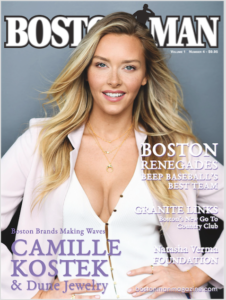 In July, the BostonMan Magazine did a four page feature on the Renegades.  This Magazine just completed it’s first year in the Boston scene and has a business model around networking and the magazine.  All of this started when the Renegades went to The Abilities Expo in Boston in 2014!  We had a booth during a three day event at the Abilities expo and during that time made a lot of great contacts.

One of those contacts was so excited to meet us and wanted her boyfriend to get to know us.  At the time, her boyfriend was a baseball coach at UMass Boston.  Though we exchanged some email, he was never able to get involved but he never forgot us.  Fast forward at least five years and Anthony Lauretta pitched this idea to Matt Ribaudo, the founder of the magazine.  Matt loved the idea and reached out to the team this summer.  The result was something his team and our team are both proud of.  We had the luxury of attending the networking event in Quincy in July and Hot Tub even got his picture with Sports Illustrated Swimsuit cover model, and Rob Gronkowski’s girlfriend, Camille Kostek!

The article can be read on line here which will be helpful to screen readers.  But this on line article misses some of the amazing side bars that were written.  To see them check out the PDF version of the article here: boston_man_magazine_2019

Also…Your very Own Rob “Hot Tub” Thayer made the cut for the video of the networking event.  Check him out with Camille in this video!

Here are some pictures of Rob and Rob at the event 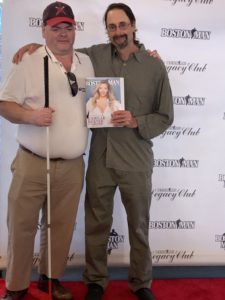 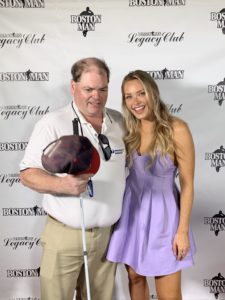