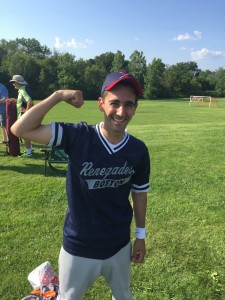 The 2016 season has ended and we had it was historic!  Doug Hastings has had a story on his plate for years to write about a special resident of Belmont, Guy Zuccarello.  After a few years he finally got around to writing it and the story was bigger than he had originally thought.  The story appeared in Wicked local tonight and features quotes from both Guy and his coach, Rob Weissman.  It really is a nice read about what Guy means to the Boston Renegades.  Give it a read on Belmont Wicked Local!