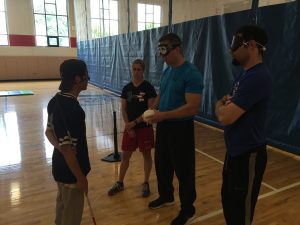 The Renegades are trying to help a new team get started in the Western part of the state by putting on a Beepball clinic.  In June, the team travelled to Bristol, Connecticut to put on a demo for Chapter 126 with the hopes of helping them start a team.  On that day three players got the itch to play but more importantly, Chapter 126 was excited to help get a team started.  As the 2016 season was winding down, the team got a call from the Center for Human Development in Western, Mass (CHD). 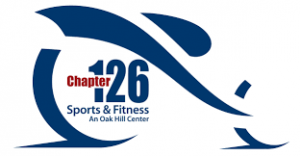 CHD wanted the Renegades to come to the Springfield area to put on a clinic to help them grow the sport.  During the conversation we discussed a potential partnership with Chapter 126 due to the work we did in June.  CHD was excited by this idea and the Renegades helped tie these two organizations together since they had a similar mission.

Oc Saturday, October 15th from 12:00-2:00, the Renegades will travel to Westfield to put on a clinic. the event will take place at Stanley Park located at 400 Western Ave in Westfield, Mass.  The event is open to anyone who wants to attend.  If you want to attend, please send us an email at [email protected] and in that email provide a phone number so we can contact you if we need to go to a plan B for inclement weather (we have an indoor facility we can use if needed).  We have heard there are more than 15 players registered for this event with at least 7 volunteers interested in helping.  CHD and Chapter 126 have hopes of forming a competitive team in the future and this should be a step in the right direction.

Below is a write up from CHD:

This beep ball clinic will be for people of all ages who are interested in the game of baseball with a twist. Beep ball was created in 1976 and it has only gotten more popular as of late. In western MA there is about 15-20% of the population who are blind or have a visual impairment. With this being said CHD and Boston Renegades would be a great partnership because with direction and guidance we could make this a yearly clinic and go from there.

Skills that will be taught throughout the 2-hour clinic will be proper stretching techniques, basic rules on how to be a teammate and work together and also the basic rules and positions of beep ball. Fielding and finding a beep ball when hit is going to be a lot of the clinic cause that takes the most skill to get down pat. Also hitting a beep ball off the tee or underhand pitched will be practiced too. Each participant will get a blind fold of some sort to cover their eyes because the object is to participate completely blind and learn from the Professional Boston Renegades. The participants who come from CHD and the surrounding area will be able to look up to these professional beep ball players and set goals for themselves since they see how successful the Renegades athletes are.