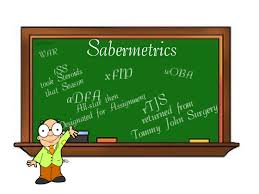 Many baseball fans love the game for so many reasons.  Some people like the drama, some people like the strategy.  Some people like the history or the action.  Some people love it for the statistical side of the game.  For me, I grew up playing Strat-O-Matic baseball.  I used to love to make out line-ups, draft teams, play head to head against others and track my progress.  I was 13 years old and I knew how to calculate On base percentage, Slugging percentage, ERA.  I could score a game and determine how many unearned runs a pitcher gave up or figure out a quality start from how to determine a save.  No, we did not have WAR or UZR in those days.  But for me, I just love the analytical side of the game and we bring this into the way we coach and run the Renegades.  For now, Let’s have some fun looking at a stat we first introduced last year to the league….Strength of Schedule.

As we did last year, we have tried to come up with a method to measure the strength of each team’s schedule.  This can be a telling story on how hard a World Series schedule each team has.  The way the league seeds teams is by looking at their finish in the prior year’s world series.  Keep in mind, this is all that is done to seed.  If a roster is completely overhauled – the team does not move up or down the rankings.  Here is where it gets ugly.  If a team did not attend the previous year’s series, they are seeded in the order that they got their registration fee into the league.  All of these teams are placed at the bottom of the brackets with no insight into who is on those teams.  This can produce a ton of problems for teams trying to play for a seed.  In 2015 there was 24 teams BUT only 16 teams returned from the 2014 World Series.  This meant we had 8 teams playing in the World Series that were not seeded.  Let’s name those teams in the order they were seeded by their registration fees

With all of this movement, many of the teams that were seeded lost many of their starters.  This list is extensive and includes

As you can clearly see the way the teams are seeded really makes no sense and because of this…Teams have a hard time playing to improve their seed.  For example a Team trying to play for a seed can run into issues.  An easy example is the Indy Thunder.  Who was their first opponent on day one of the brackets – The Taiwan Homerun.  What did this do to the Thunder – it forced them to play Long Island in their second game…And most importantly it put them on a track to have to play 3 games a day every day of the World Series.  These things are not right and ruin the spirit of the World Series.  Let’s face it…going into the World Series there were really on three teams who had a true legitimate chance to win,  Austin, Taiwan and RHI.  The Bayou City Heat were a long shot….and everyone else had almost no chance based on these rosters.  This means the other teams are pretty much just playing for a seed.  A seed they may not have any control over if their bracket has a team mis-seeded in it.

With all of this in mind, Let’s look at the Strength of Schedule of the teams that played in the 2015 World Series.  The math is simple.  What we do is look at the final ranking of each team and add those rankings up.  Then we divide that sum by the total amount of games played.  This comes up with a figure that represents the average seed of the team they faced.  So for example, The Boston Renegades played 9 games against the following teams Indy Knights (12) + Arizona Phenom (20) + NJ Lightning (17) + Tyler (15) + Colorado (6) + Indy Knights (12) + Indy Thunder (8) + Bayou City Heat (4) + Colorado (6).  This equates to a score of 100 and we divide that by 9 games to get 11.11.  This means the average seed of a Renegade Opponent would be ranked 11th in the league

Please note this Strength of schedule score does not take into account the amount of games played.  A team playing 9-10 games is forced to play 3 games on multiple days of the World Series- and this can take a huge toll on a team.  This year, the Taiwan Home Run were forced to play 12 games…which is likely an NBBA record (though that is unofficial).  Only one team played 12 games while four teams played 10 games, six teams played 9 games and 13 teams played 8 games.  This is a wide variance of games played.  With teams all carrying different size rosters, that can have an impact on teams staying healthy through the week

One important thing to keep in mind is the discrepancy in the amount of games played.  The Taiwan Home Run played 12 games in 5 days and had the toughest average opponent with a 5.58.  This means their average opponent was ranked between 5th and 6th in the league.  They played the #1 Austin Blackhawks three times and also played the #3 RHI Extreme twice and #4 Bayou City Heat.  They were also forced to play 3 games on the day of the Championship game because they had to play RHI on Saturday morning for the right to be in the championship game. (that game was schedule to be played on Friday – but due to the length of the game vs Bayou City was moved to Saturday morning.)  Some key findings from looking at SOS (Strength of Schedule) include

What makes the NBBA unique is that many games are played throughout the year.  Sadly, there is not an easy way (and cost effective way) for the league to track the progress of the teams.  Maybe with experience and finances this could change in the future.  For now, we have to play with the World Series stats.  Its the only thing we have for the Beep baseball Seam heads who like stats.  We come together for one glorious week to play ball.  From this week, we get some data to play with.  In 2015, we walked away with Austin winning the title.  We saw amazing guts and strength from a Taiwan Home Run team that was forced to play 12 games in 5 days.  We saw a few teams have their hopes dashed by the way the dance was seeded (Indy Thunder and Long Island).  We saw the largest NBBA World Series in league history.  And we witnessed a banner year from the Boston Renegades!